We funded and supported 10 projects against racism all over Germany

The pilot phase of our ViRaL action fund has come to an end and we are reviewing it. We got to know so many great activists* who are committed to diversity and against racism, and we had the opportunity to fund and support them with ViRaL. So much was set in motion and initiated by ViRaL on the ground! ViRaL has reached over 250,000 people online. With their local projects, the selected groups and associations, had a reach of approx. 50,000 people at the local level. 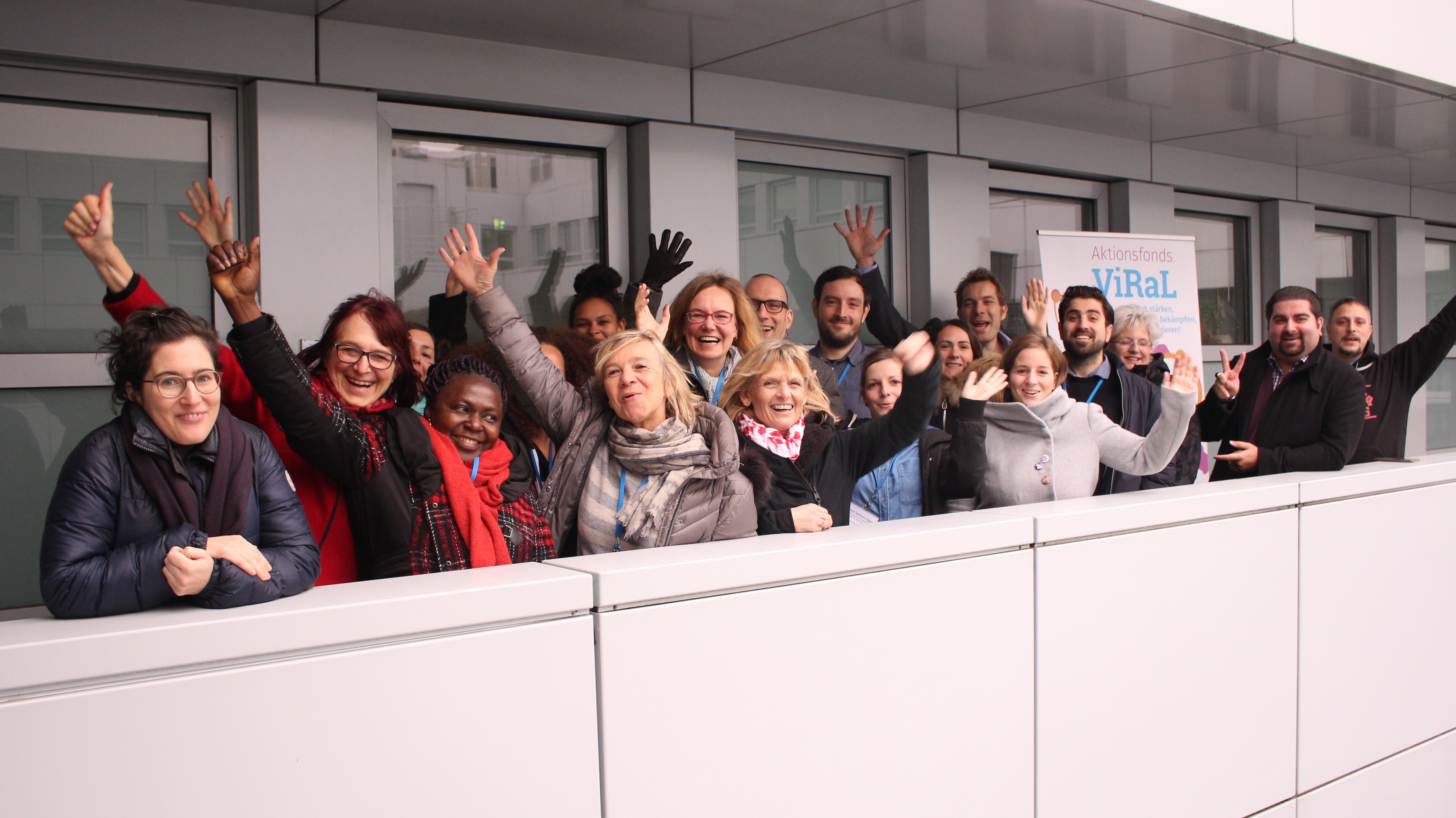 On November 17th/18th 2019 we invited the representatives* of the 10 funded projects from all over Germany to Berlin to tell and show their stories and experiences and to appreciate what they have achieved on a voluntary basis during the funding year. Together we evaluated the action fund for the future development and took part in a mindfulness workshop - to recharge our batteries for the time to come. All in all it was a super inspiring and rewarding weekend.

Here the representatives* of the funded projects report on the impact of the ViRaL action fund on their work:

We have heard many stories showing the successes of civil society involvement in the frame of the ViRaL action fund and here you can find a few of them:

Not only the Nazi marches were stopped in Kandel and the surrounding area. Together with We are Kandel and the city of Kandel, the alliance Kandel gegen Rechts has implemented the festival "Miteinander & Bunt". A complete success: More than 5,000 people from Kandel and the region attended the festival (with 9,600 inhabitants in Kandel). A variety of people were attracted to the alliances and to the festival, including people who had never been politically active before and came from a wide variety of backgrounds. In addition, Ostritzer Mayor Marion Prange and her delegation, who are also struggling with exclusion and hatred at the local level, were present and would like to broadcast the festival.

The empowerment group Black Visions and Voices from Tübingen has produced a music video making anti-Black racism visible. Only Black people and People of Color were involved in and commissioned for the project. The video "Why Black People play Basketball so well" has already been clicked about 1,900 times on YouTube and is definitely worth seeing. It was the biggest and most visible action of the group so far:

In the Erzgebirge, we were able to support many individual events, directed against the very present right-wing extremist structures on the ground. For example the festival "Stains in the sun". We have contributed to advancing the networking of engaged people in the region and, through our financing and content advice, have also established a workshop on Critical Whiteness and Anti-racism, which will now continue to take place in a self-organised manner in the future. Multipliers from the region are brought together and network here.

On top of the financial support and personal content coaching, we supported the projects with informative and educational online formats. These include podcasts on Fundraising, Campaigning and Decolonial/Critical Whitness perspectives on Activism. As well as webinars on Grant application, Volunteer management and the use of Social Media tools.

We have also created a resource page with the sections Racism-Critical Education, Financing, Activism and Legal, as well as a FAQ on Data Protection - DSGVO specifically for associations and informal groups. These supporting and informative formats will continue to be available online on our website (https://aktionsfonds-viral.de) for other associations, alliances, initiatives and interested parties in general.