Presentation of the results of the study #Afrozensus 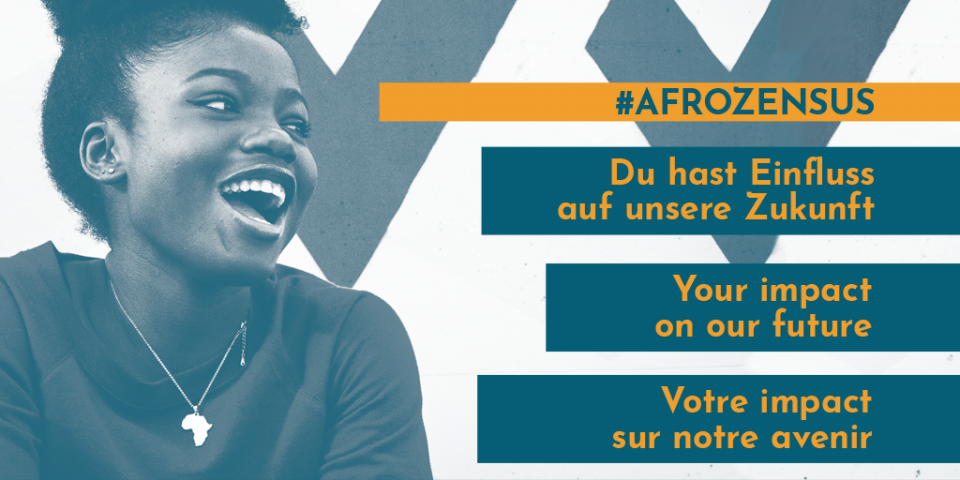 Presentation of the results of the study #Afrozensus 2020 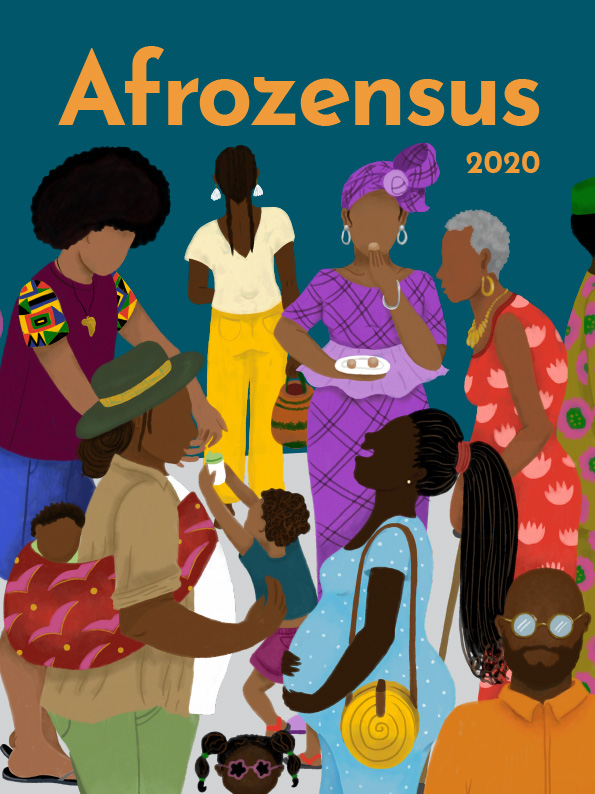 Almost 6,000 Black, African and Afro-diasporic people in Germany took part in the online survey #Afrozensus. This means that for the first time, comprehensive data is now available on their realities of life, experiences of racism and commitment. The results of the #Afrozensus indicate that anti-Black racism (ASR) is widespread in Germany and entrenched in institutions. Criminalization, exoticization, and sexualization are just three of the many patterns through which anti-Black racism is characterized and experienced by many respondents. Therefore, in order to roll back anti-Black racism in its approach, a focus on the empowerment of Black, African, and Afro-diasporic people is necessary.

● More than 1 million people of African origin live in Germany. Until now, there has hardly been any other statistical information about this group. The diversity of the group is clearly reflected in the participants of the survey:

● The Afrozensus validates and confirms everyday experiences: Anti-Black racism has a specific impact and is a cross-sectoral problem in Germany. A total of 14 areas of life were surveyed (e.g. health, education, offices & authorities, housing market, etc.). There is no area of life in which discrimination and racism are not comprehensive problems.

● Respondents are more committed than average: 46.8% say they are active volunteers, most of them in the social sector.

● ASR has been amplified in the last five years, according to 36.5% of respondents, by racist reactions to increased immigration of refugees since 2015 and related policies (60.4%), the rise, electoral successes, and slogans of the Alternative for Germany party (31.5%), and the reproduction of anti-Black racism in media and news coverage (14.5%).

● Mitigated ASR in Germany over the past five years, according to 36.5% of respondents, was due to the Black Lives Matter movement, anti-racist awareness and education (27.4%), and Black media presence and social media (16.2%). Here we see that the reduction of anti-Black racism is attributed first and foremost to Black activism.

In detail: experience of discrimination and racism

● Bad experiences when you fight back

When Black, African and Afro-diasporic people speak out against discrimination, they often have bad experiences. Over 90% say they are not believed when they raise racism. Even independent of discrimination situations, respondents state: When they voice criticism, they are accused of being angry. This experience is shared by 86% of respondents.

66.7% agree with this statement, "My doctor does not take my complaints seriously".

Two-thirds of Afro-Census respondents (67.6%) report that they receive lower grades than other classmates/fellow students for equal performance due to racial attributions at school/university.

● Differences between subgroups: In addition to shared experiences of anti-Black racism, however, there are also significant differences. Particularly affected by discrimination are trans*, inter* and non-binary people, respondents with impairments and/or disabilities, and Black people with two African or Afro-diasporic parents.

The report identified the dilemma of response: No matter which path respondents individually choose, whether to ignore or relativize anti-Black racism, or to actively criticize it, both come at a cost to the respondent and discrimination may always continue to increase.

What needs to change?

● Recommendations for politics and administration

Thus, we experience intersecting forms of discrimination with varying frequency. Therefore, it is important to intensify efforts for necessary alliances and community-internal exchange on living realities and structural discrimination. The vulnerability of subgroups should be countered with resources, spaces and solidarity-based responsibility and community care.

The #Afrozensus is a joint project of Each One Teach One (EOTO) e.V. and Citizens For Europe (CFE) and was accompanied by the German Center for Integration and Migration Research (DeZIM), Department of Consensus and Conflict, Steffen Beigang, Prof. Dr. Sabrina Zajak and Dr. Ralf Wölfer (quantitative research) and the Alice Salomon University of Applied Sciences, Prof. Dr. Iman Attia (qualitative research) as scientific cooperation partners*.