Our European Democracy Network (EDN) brings together a dozen of activists fighting against the erosion of democracy, the rise of nationalism and white supremacy, as well as the shrinking of civic space and for climate justice. They met for the first time in Warsaw (Poland) on 22-25 March 2019 together with the EDN partner organisations. During the four days meeting, they got to know each other, exchange about their experiences as activists in Hungary, Poland, Czech Republic, France, Turkey, Slovakia, Denmark and Germany. And the participants co-designed the future of the network, its activities and how do they want it to empower them.

On Saturday afternoon, the group met Klementyna Suchanow, Polish author and political activist, who presented the network of neo-conservative movements in Europe and the backlash on human rights it brings:

On Saturday evening, Citizens For Europe, Obywatele RP and European Alternatives co-organised a Citizens Dialogue in form of an open space gathering different activist groups both from Poland and across Europe. The purpose of this meeting was to give the floor to Polish activists to share about their activism and the situation in their country. The open space also allowed participants to talk about how they can connect their engagement to defend democracy, fundamental rights and how they can work together to fight the shrinking of civic space in Europe. Activists from Obywatele RP, the polish Women's strike, Transeuropa Caravans, European May, Diem25, CitizensLab, and many other organisations joined the event.

On Sunday morning, we also had the opportunity to do our first spontaneous action, a flashmob at an event gathering polish candidates at the election of the European Parliament, starting a public hearing campaign of many civil society actors as our Polish partner Obywatele RP. Here you can watch  the video of this action:

One of the activist János also produced a video of this event that was published on the Facebook page and YouTube channel of Klubradio Hungary (Thanks a lot!): https://bit.ly/2Uia63D

Being an opposition activist in Poland in 2019

The meeting was also the opportunity to meet various Polish activits who told us how the PiS politics is eroding the democratic standards and values in Poland, taking over the public media, threatening fundamental rights and freedoms, as well as shrinking the civic space. Listen to our vox pop "Being an opposition activist in Poland in 2019":

You can find more information about the network, its activities and purpose here. as  well as on the wesbite on the co-founder  And see more photos of the three-days meeting in Warsaw on our Flickr account.

Our homonymous partner Citizens For Europe that supports with 60.000€ the creation and launch of the European Democracy Network also presents the network on their website. 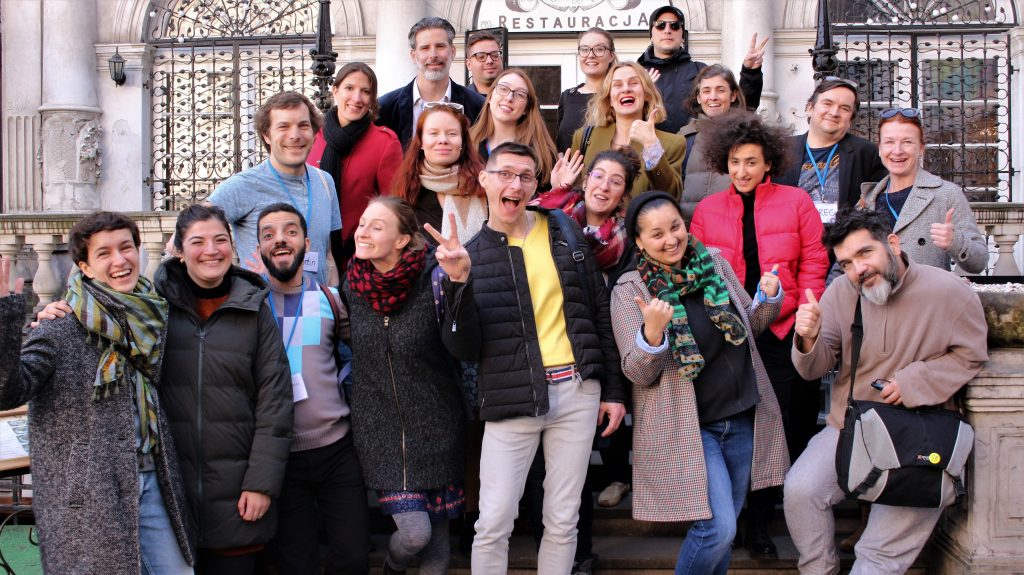