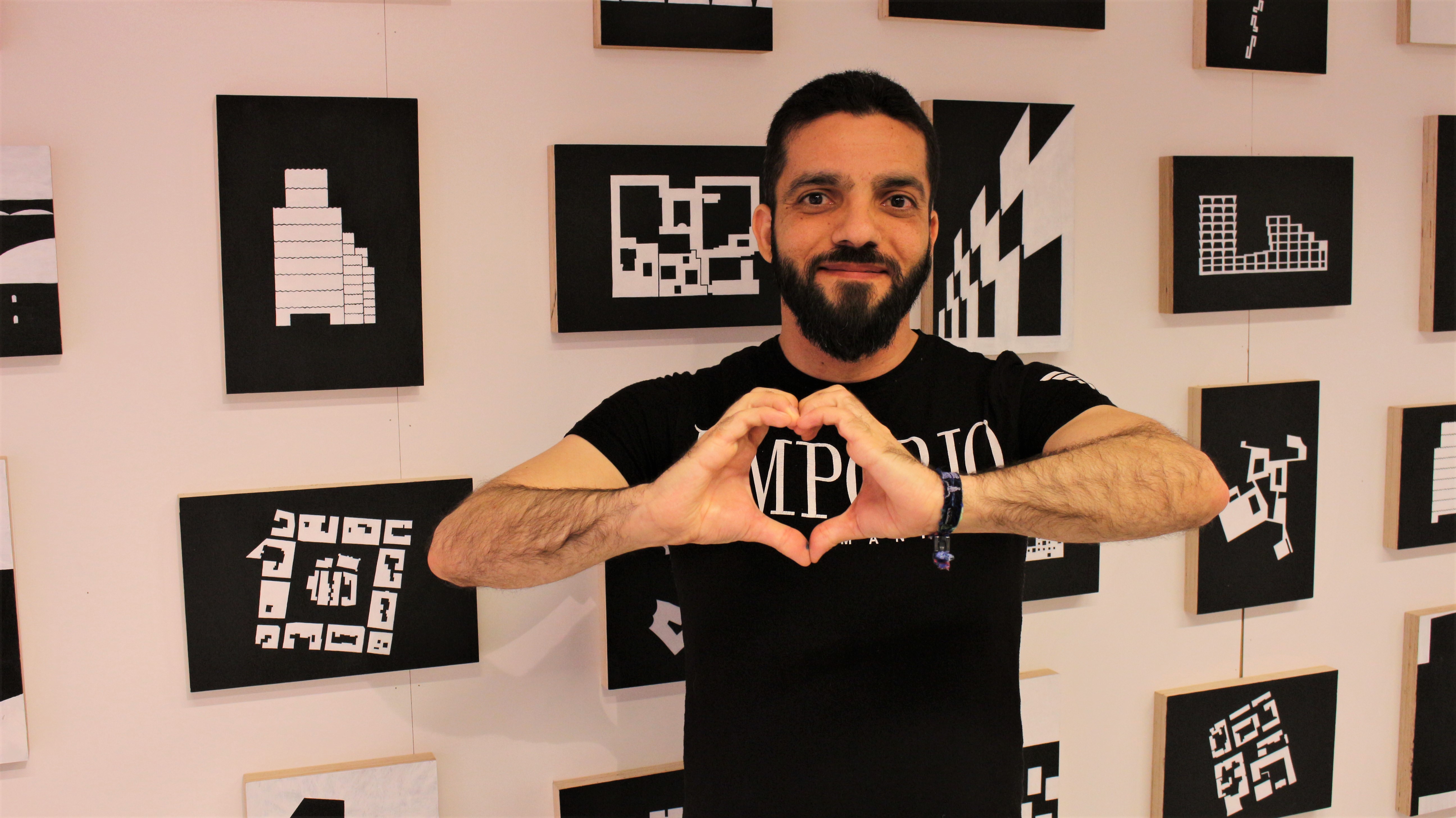 Aktham took part in the uprising in Syria on March 2011, and came to Berlin in 2015 where he now works as a volunteer for Start with a Friend e.V., a non-profit organization that promotes active participation of newcomers in life of their new communities.

Aktham studied electrical engineering at Bachelor level and worked as a self-employed engineer in Syria. As the uprising took place in Syria in March 2011, he was active in it from the very beginning. He was participating in and organizing peaceful demonstrations, taking part in sit-ins, flyer distribution, paintings on the walls, documenting with photos and videos, sharing information and communicating with fellow revolutionary Syrians all over the country.

As a member of the Syrian community in Berlin, he now continues to work on the goals and the methods of the uprising they started in Syria. Together with his community, he tries to analyse, criticize and discover what went wrong in their uprising and how the regime managed to change the course of actions, what resulted in the break out of a civil war. Their concern is also what can they do for their homeland and maintain the goals of the uprising. Furthermore, they work on helping the integration of the newcomers (not only Syrians) and motivating them to engage in the political and social life in Germany.

Aktham is also volunteering in an NGO Start with a Friend e.V. in Berlin - a non-profit organization bringing refugees together with locals in a 1:1 relationship, to cope with new challenges they are all facing now in Germany. The NGO promotes encounters that are direct and personal, as well as supports in developing long-term relationships as equals. For this purpose they organise events and activities in which they encourage the endeavor of the community to play an active and effective role. 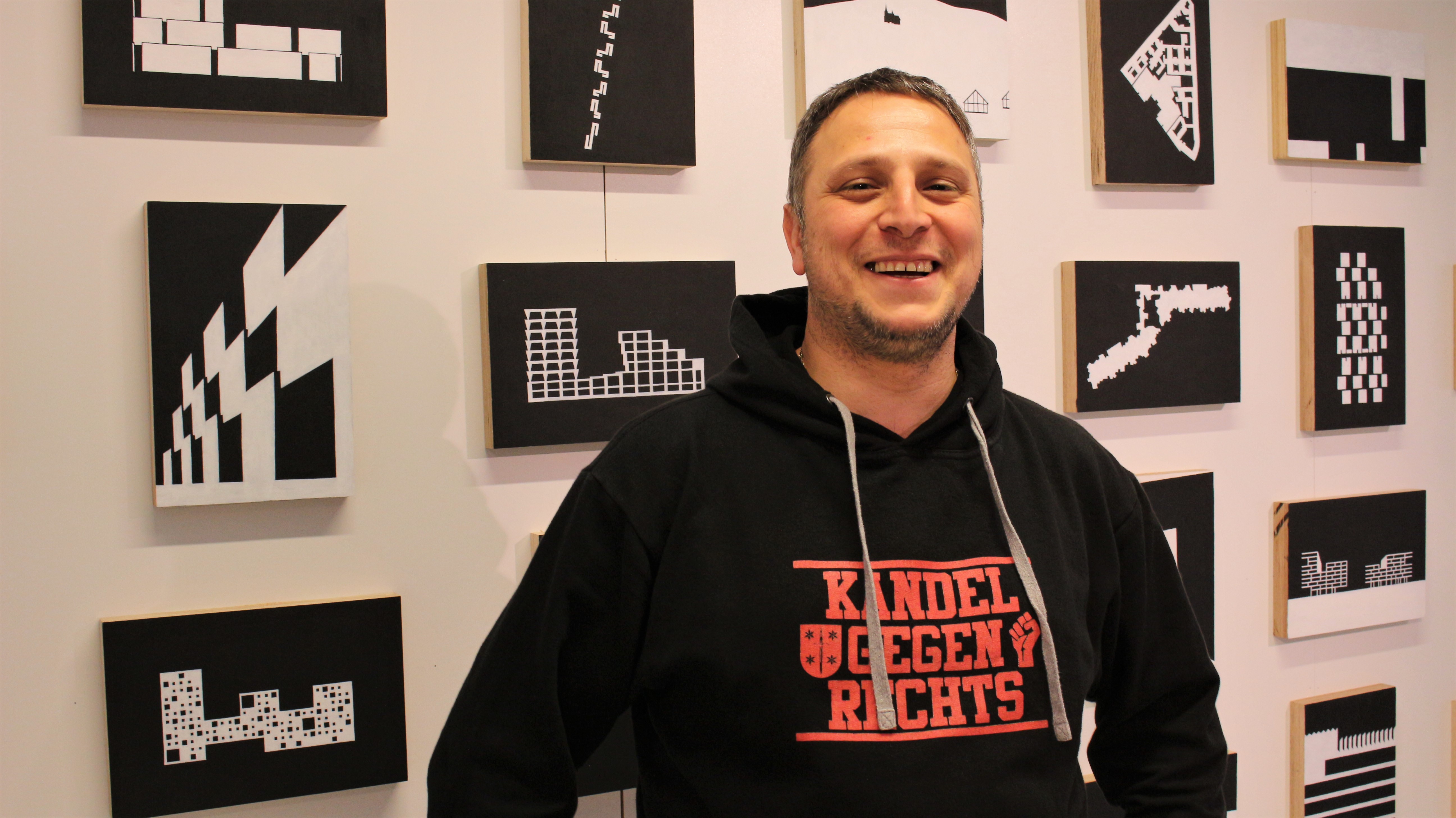 Alper is a member of the Kandel gegen Rechts (KgR) group. Together with other activists, he coordinates protests and rallies to oppose the right-wing populism in their town of Kandel. The group brings together people from various backgrounds who came together to oppose the right-wing populism in their town Kandel. After the murder at the end of December 2017 of a German girl by her Afghan boyfriend, fascists and Nazis and the so-called "worried" citizens have chosen the town as a deployment area to protest against refugees, asylum seekers and people that think differently. Kandel gegen Rechts and their allies stand every first Saturday of the month on the streets to fight against racism and fascism. At the same time, Alper works as a forwarding merchant in an international forwarding agency. 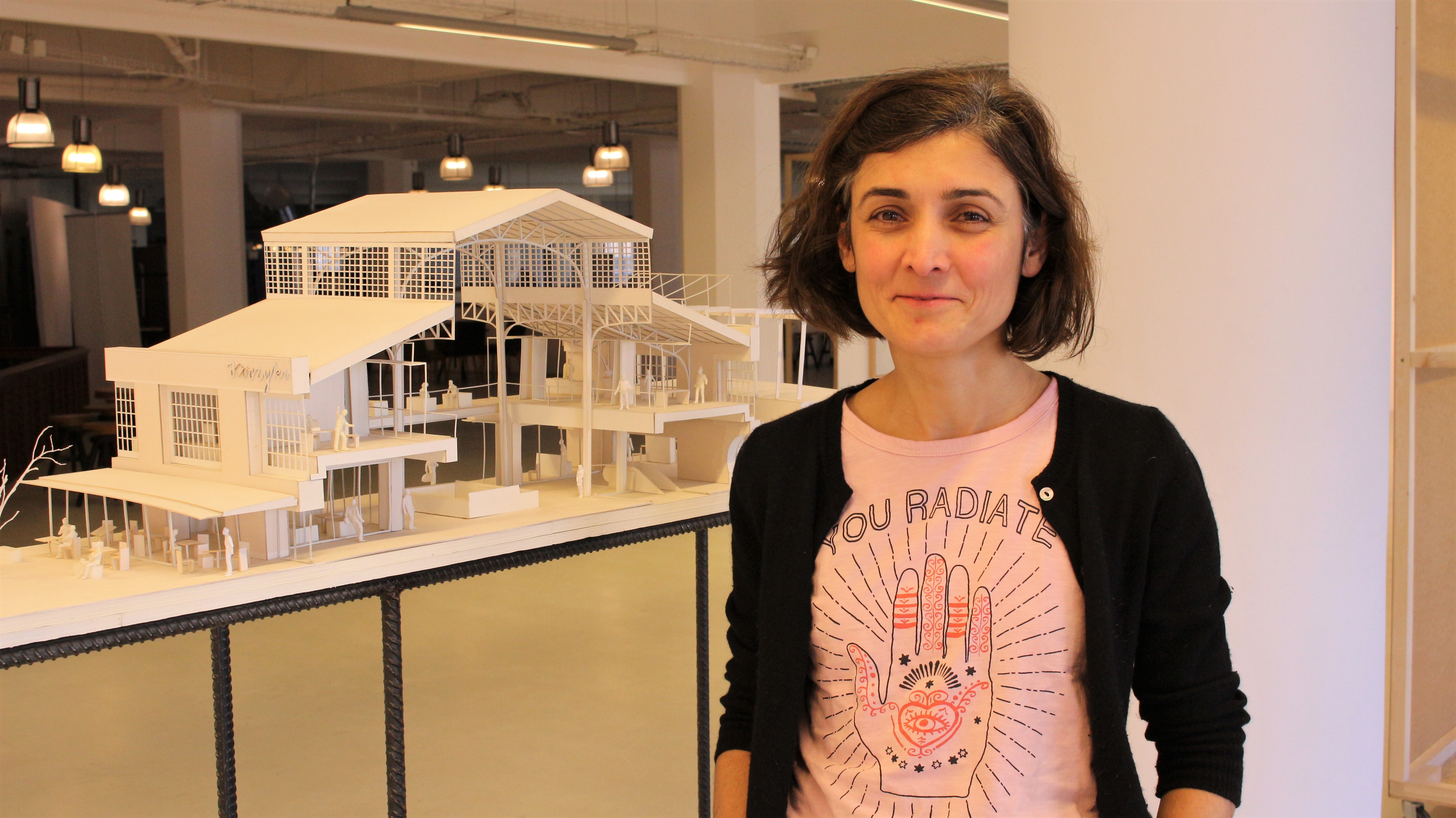 Asuman is a member of the community Academics for Peace that works with persecuted academics from Turkey. In 2017 Asuman and other members of the community founded Off-University, an online university promoting emancipatory forms of learning through classes taught by persecuted scholars. In winter 2015, a community of academics signed the petition We will not take part in this crime to speak up against the air strikes which targetted and damaged the cities in Southeastern Turkey - inhabited mainly by Kurdish population. In the aftermath, the great majority of the signatories were dismissed from their university, many banned from travelling abroad and from exercising their profession, forced into exile, some put into prison on alleged terrorism charges. In 2017 Asuman and the members of Academics for Peace came together to found the Off-University. Based in Germany, Off-University's online platform hosts a wide network of persecuted scholars across borders to research and share knowledge safely. As an activist Asuman is working for the freedom of academy, knowledge and research against all interference and restrictions. 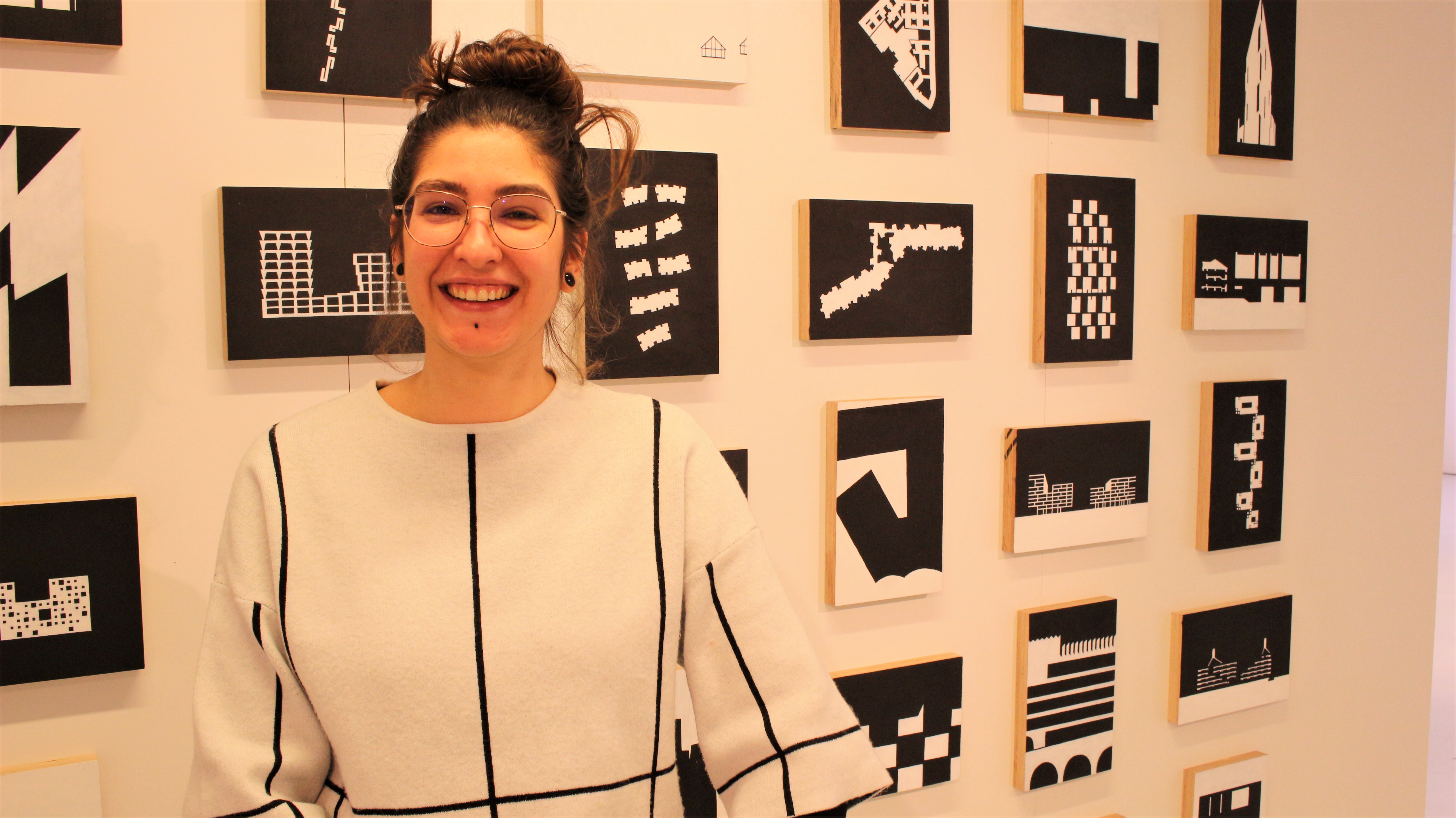 Charlotte is the coordinator of the International Centre of Popular Culture (CICP), a centre based in Paris, France, housing 80 associations of international solidarity and supporting civil society movements with resources and councelling. CICP was founded in 1976 out of a collective will to make material and human resources available to associations supporting national liberation struggles, defending human rights and supporting immigrant workers, in order to facilitate their work and develop solidarity. Charlotte is also a member of a network of individuals and associations called IPAM (Initiative For Another World). This collective is aiming at reaching a durable and global social transformation defending all rights (human, social, economical, environmental, etc.) and opposing all forms of oppressions and domination (colonialism, patriarchy, racism, fascism, neoliberalism, etc.) by building international alliances between social movements. She is particularly engaged in the fight against detention, with a focus on the confinment of foreigners. 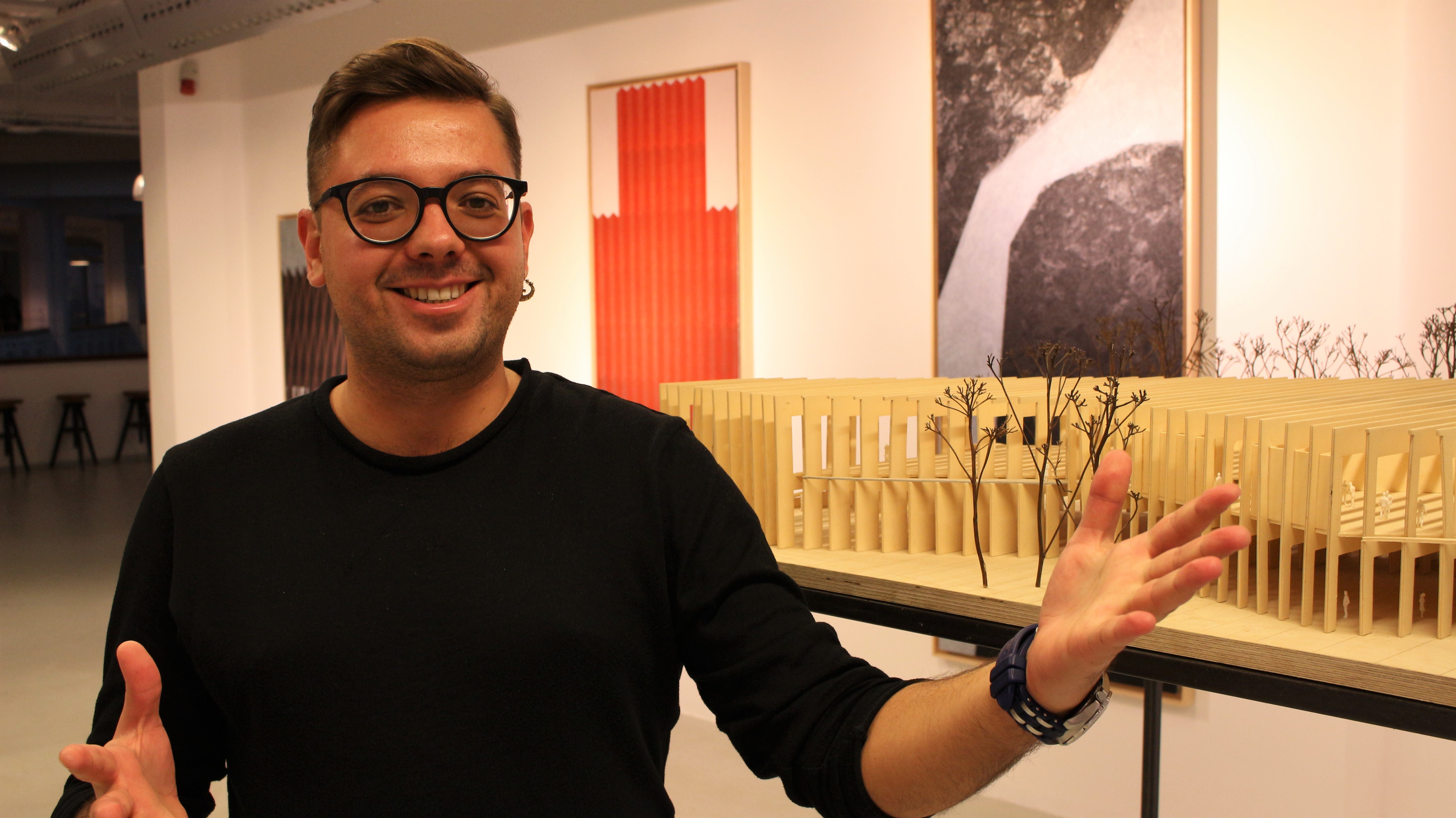 Igor is a Ukrainian journalist in Warsaw. After the right-wing government took over the public media, he lost his job at The Polish Public Radio. He is now the editor-in-chief of the portal PROstir.pl founded by Ukrainians living in Poland and he is active in the civic movement Obywatele RP. Igor works also as a Warsaw correspondent for the Ukrainian weekly Dielovaya Stolitsa. Currently he lost his accreditation as a foreign journalist from the Ministry of Foreign Affairs of Poland. But he is still writing and fighting! 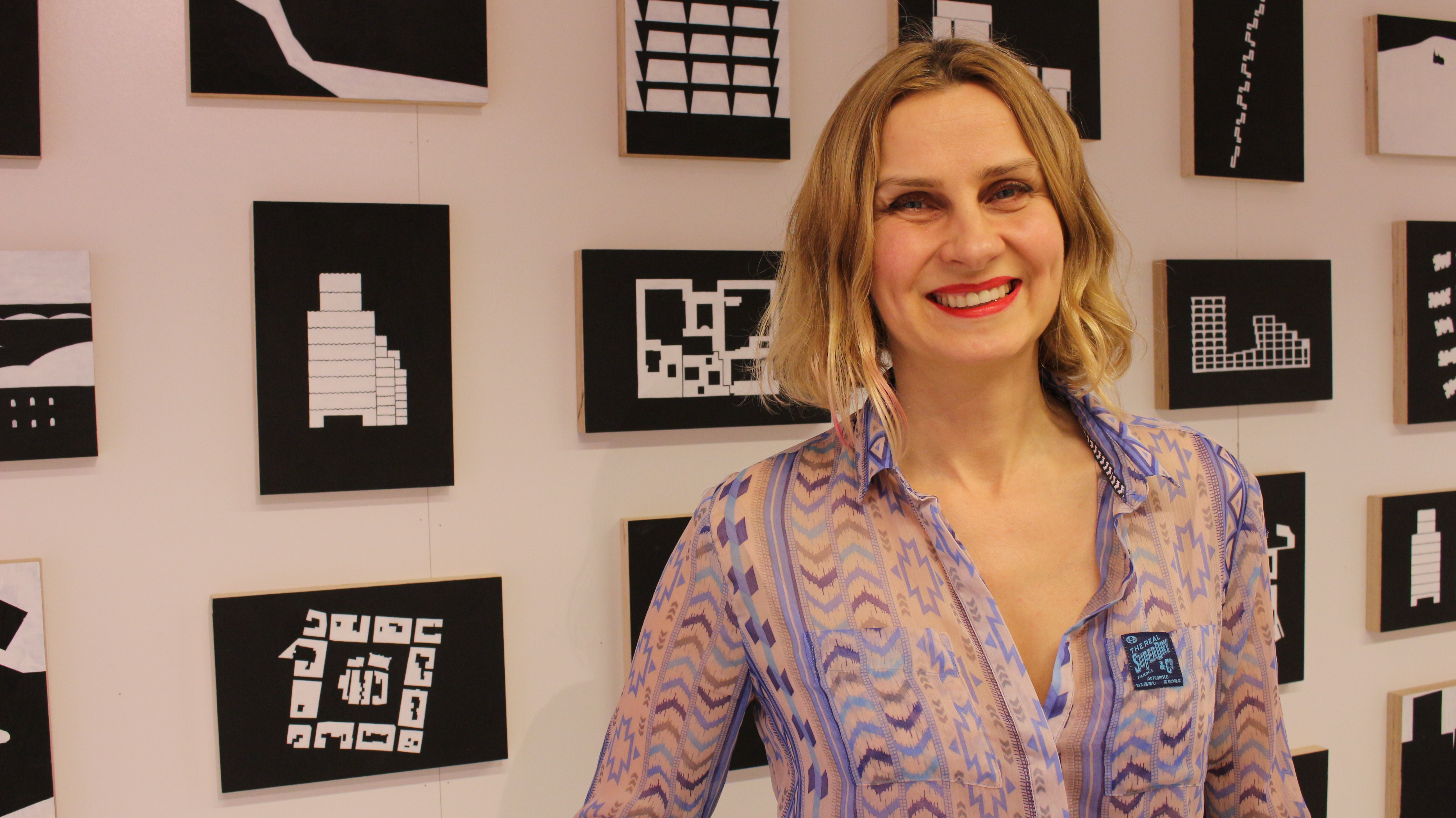 János is active in C8 - a democratic community that supports the collaboration of active citizens in the 8th district of the Hungarian capital. Together with other activists, János founded also another civic initiative called Beteg voltam, és meglátogattatok (I was sick, and you visited me). The group is willing to work for a more humane society that believes in the gestures of compassion, help and solidarity. The majority of Hungarians these days considers the state of health care as the biggest problem of the country. The initiative works for the improvement of health care system and encourages those who are responsible for the health care institutions to do so as well. The main activities are carried out by civil people called Segítség Közvetítők (Help Mediators) who make direct actions that can make a change on a local level and inspire others to do similar activities in their own environment. They show what civilians can do, thereby showing what the state should do. The group is looking for people who share the same belief: good examples do not only make more followers, but also make a change, if we stand up together as a conscious community. 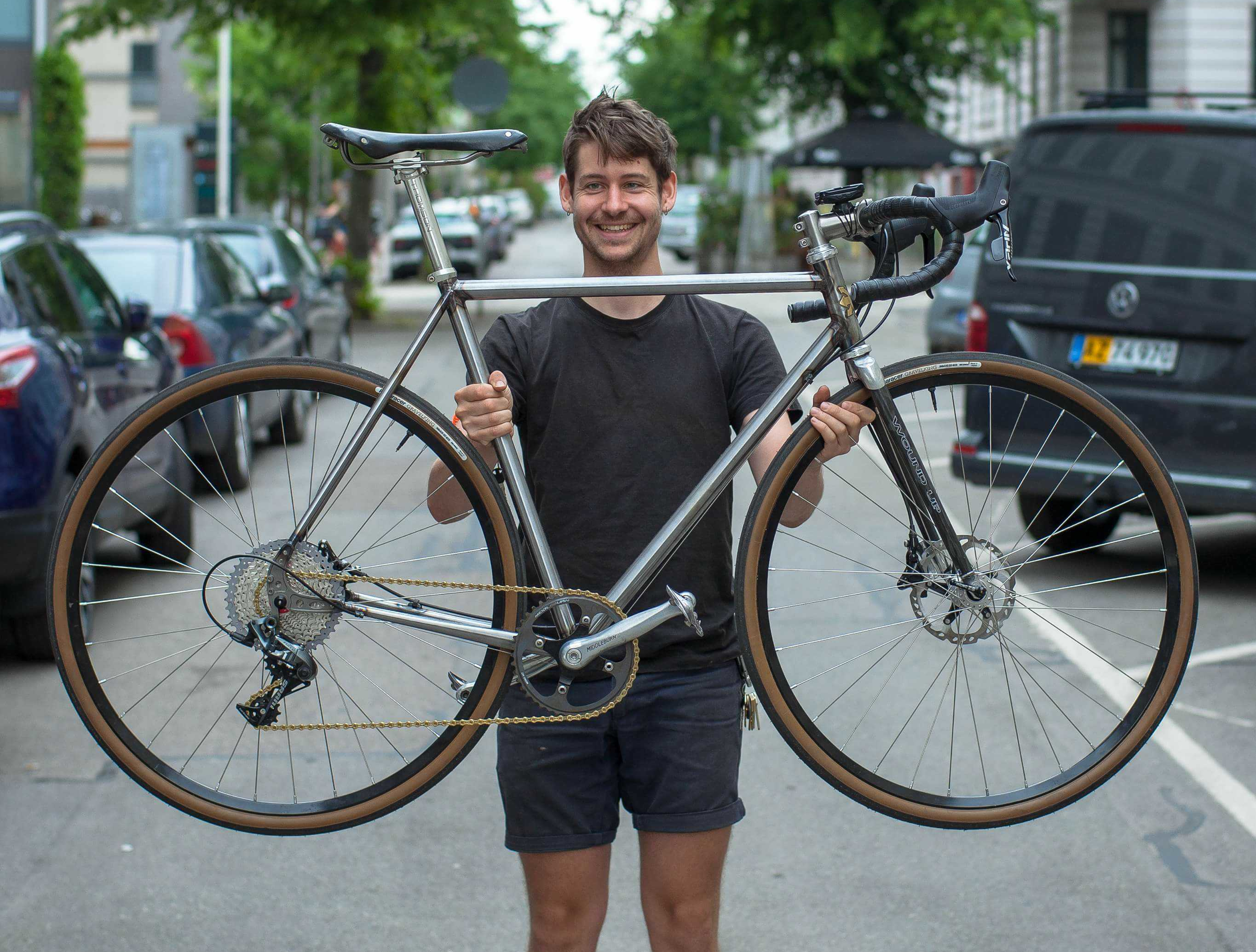 Jonathan is a chair of the board at the solidarity organisation Global Aktion and he is currently involved in struggles related to Climate Justice, natural resources and political ecology. He is particularly interested in the political economy of food systems and the mobilization of small-scale food producers. Jonathan engages in alliances and networks nationally and internationally, looking to create convergence of struggles between different groups and social movements. He was involved in political campaigning and advocacy work with the global peasant movement La Via Campesina and the World Forum of Fisher Peoples, around topics of Food Sovereignty and tenure rights. Currently he is active in the effort to link small-scale peasants and food producers with environmentalist CSOs and activists working with Climate Justice in Denmark. 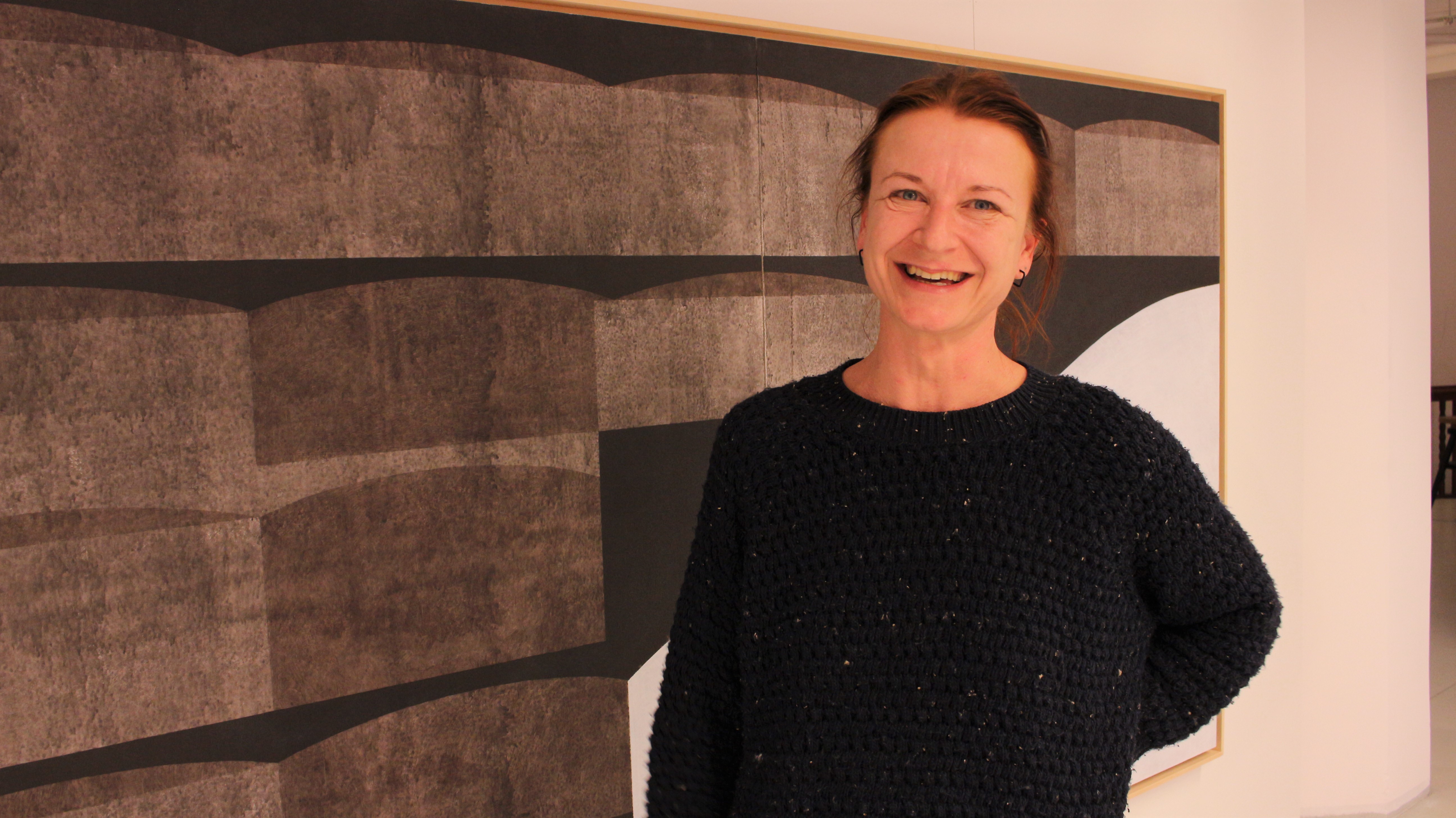 Júlia founded the local group The City is for All – Pécs whose members are homeless, formerly homeless or living in housing poverty along with their allies who work together for a more egalitarian and fair society. Julia is also organizing a progressive green-activist group called Green Youth Association in Pécs. The City is for All – Pécs is based on voluntary work and provides opportunities for homeless people and people living in housing poverty to stand up for their dignity and to fight for their right to housing. Homeless people play a leading role at all levels of the organization. The local group of Pécs was established in October 2015 and since then has been a small, but strong and consolidated community which is striving to create a critical mass bringing positive social change to the city of Pécs. The Green Youth Association in Pécs aims at building a local antinuclear movement, because of a planned high-level radioactive waste disposal and uranium mine (both of them in licensing process) in the neighborhood of the city. The Association helps in organizing and supports also a local Fridays for Future group, which involves and mobilizes high school students. 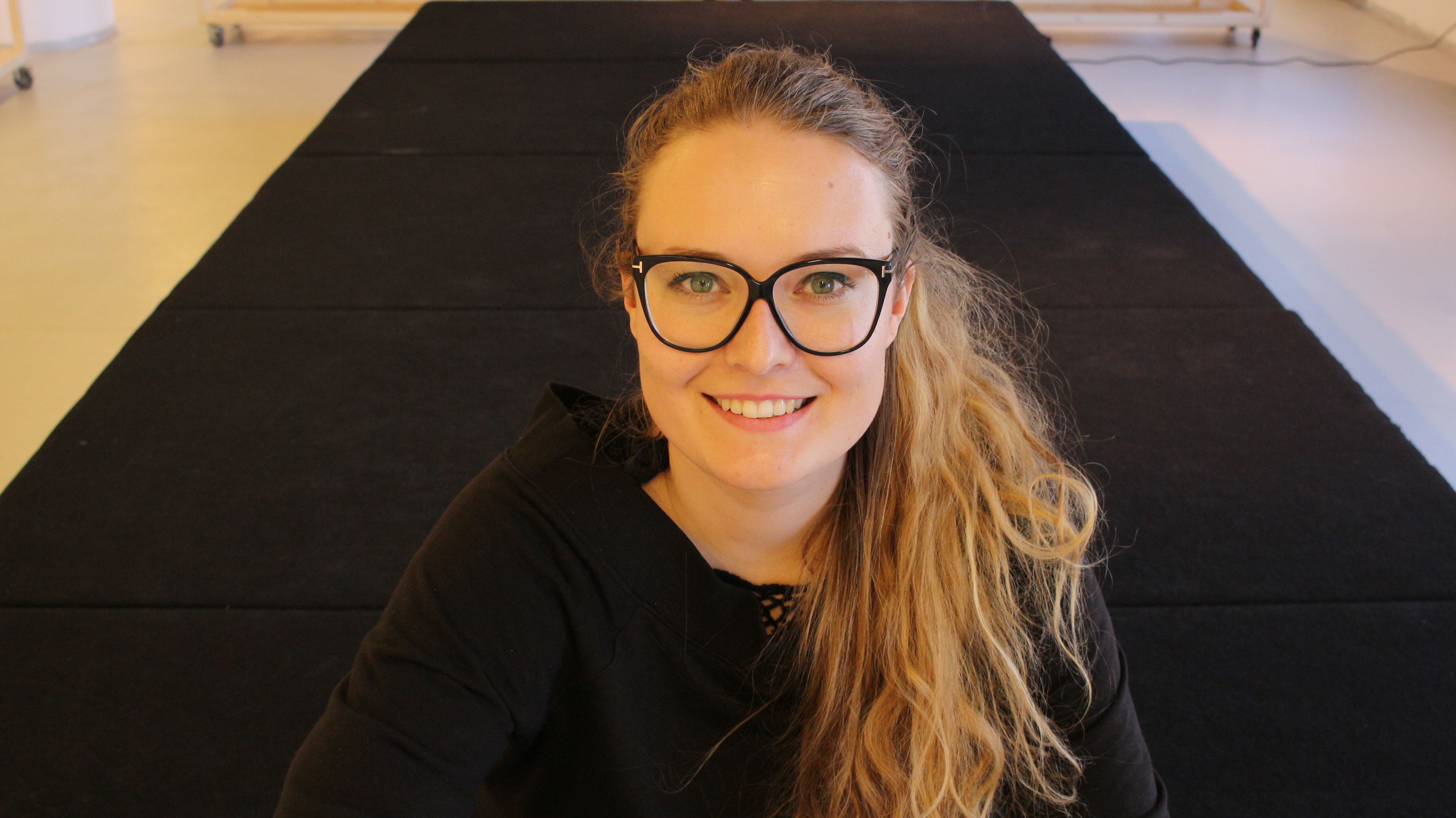 Kristýna is a volunteer coordinator at the School of Sustainability of Hnutí DUHA - Friends of the Earth Czech Republic. In her work, she focuses on topics such as wildlife protection, climate change, sustainable agriculture and forestry, renewable energy, and civic engagement. In the past she was also a member of Amnesty International Brno and she was volunteering in various NGOs specializing in subjects related to gender, feminism and degrowth. 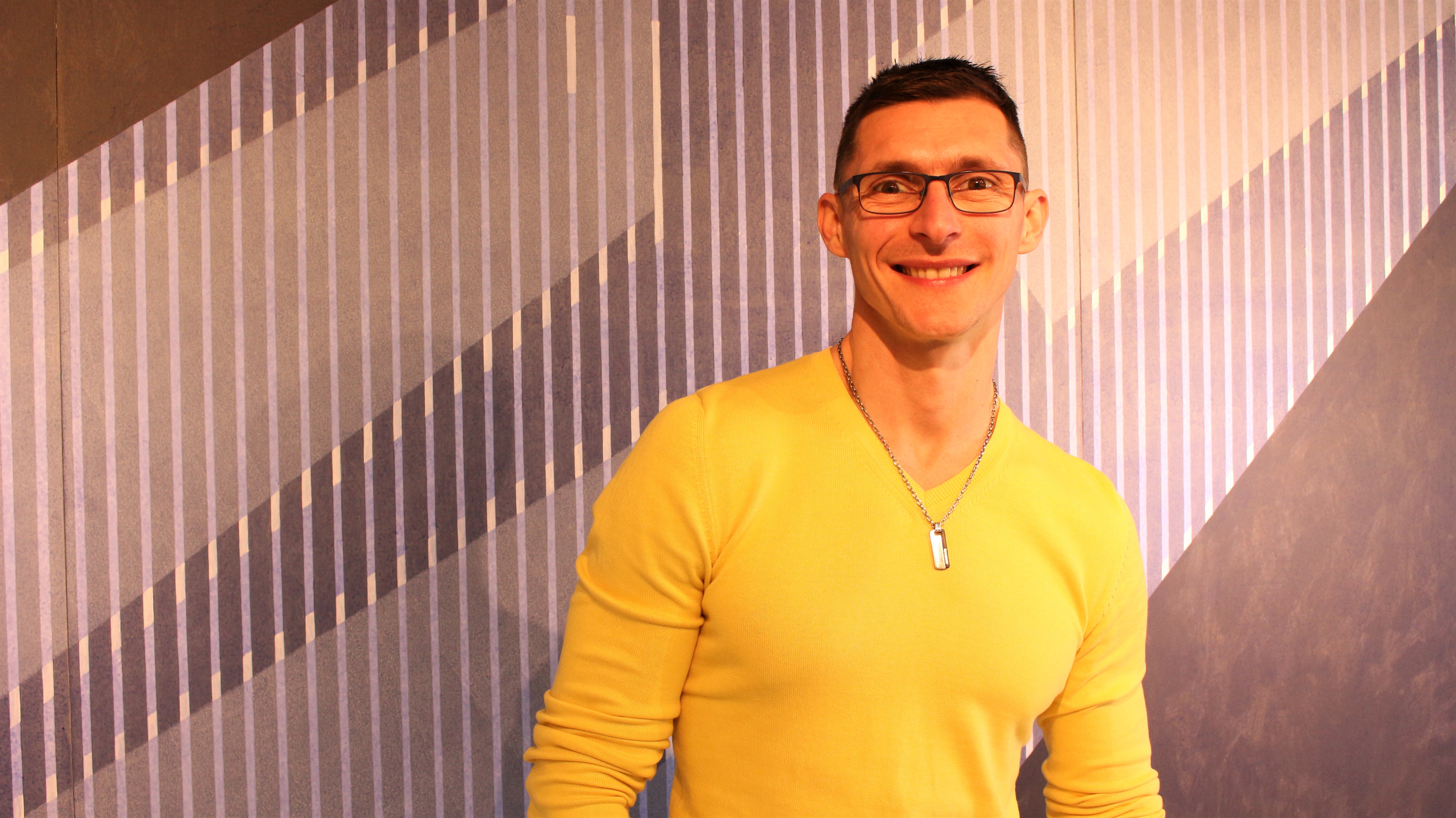 Miroslav is a community organizer at the Center for Community Organizing (CCO) in Banska Bystrica in Slovakia. The NGO is supporting citizens initiatives, providing trainings and organizing consultations with citizens, elected officials and representatives of local municipalities in the field of active citizenship. Thanks to his rich work experience with people living with HIV (2004-2008, UK), nine years of work with migrants to integrate them with local communities in Slovakia and his three years of experience as a community organizer, Miroslav learned a lot about the stigma and discrimination, that marginalized people are facing from the majority. As a community organizer at the Center for Community Organizing, Miroslav often deals with issues considered to be controversial. According to Miroslav, the mass spread of misleading information and lack of knowledge of the general public are the biggest threats that can lead to prejudice and stigmatization of marginalised groups. Therefore, his aim is to involve in discussions not only the students and other people with an academic background, but also the general public. Through organizing public forums, trainings and open events, Miroslav tackles the issues of particular importance such as developing critical thinking skills, demistifying conspiracy theories, or limitting the spread of hoax in the social media and disinformation of the public through various channels. 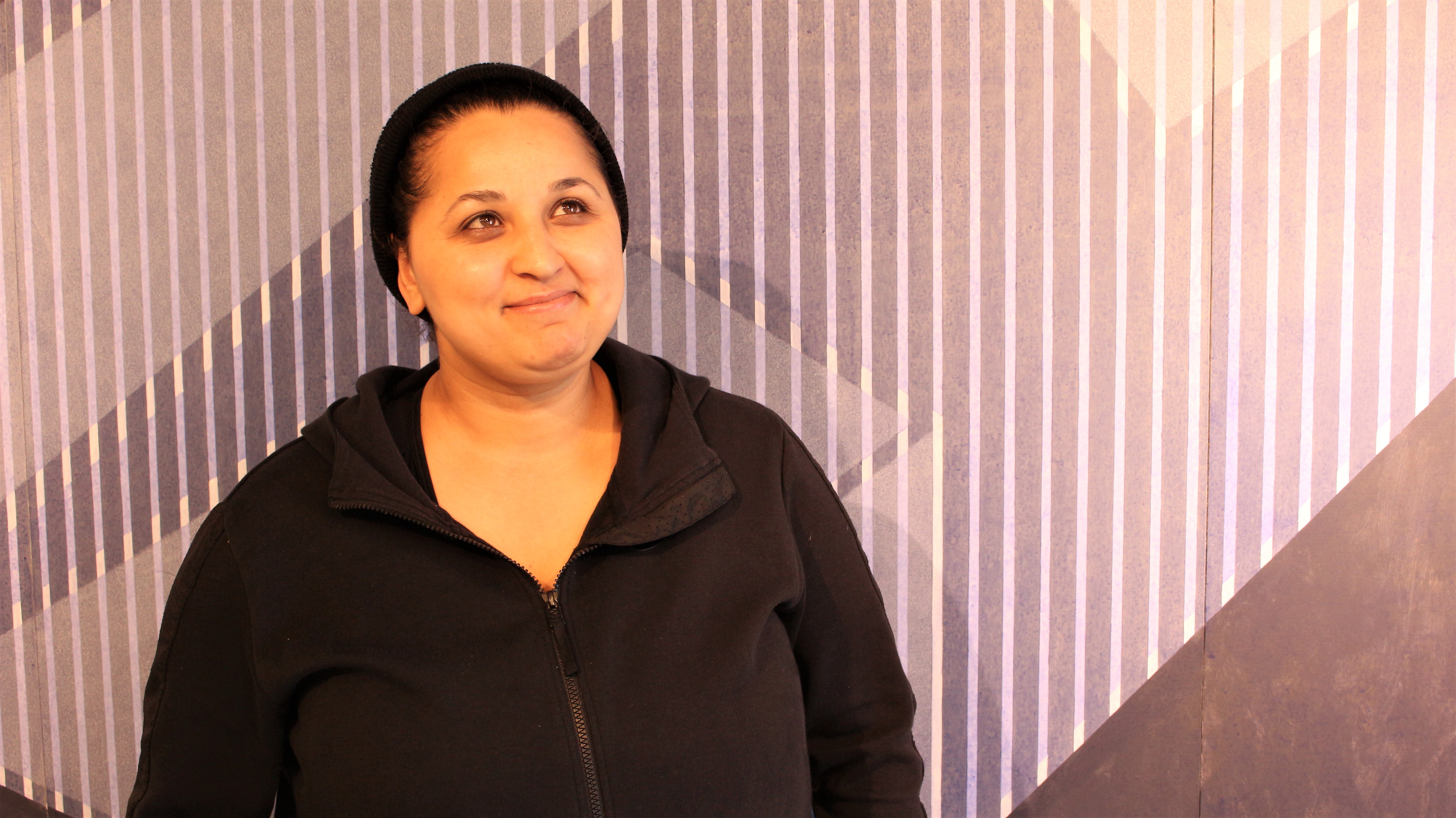 Samia is a speaker, organizer, former director of the youth led organisation Coexister in France. She is currently working for the Foundation for Ethnic Understanding and the German Marshall Fund on a Transatlantic Tour to meet, interview and promote the initiatives of activists, community and religious leaders working for pluralistic societies. As a former history teacher in the suburbs of Paris, Samia has spent 10 years of her life in the non profit sector in France and in Europe working on developing better intercultural understanding and inclusive societies. Her campaign Faces of Pluralism was launched in June 2019. In parrallel of her activism, Samia is writing colums on topics connected to race, religion and identity and she has started a PhD research on sociology of religion at the University of Strasbourg.